Ok, while not having the same impact as say, "Solent Green is PEOPLE!" the realization that the movers and shakers in the publishing world are in fact human can be a bit of a shock to many writers.

Writing is a primarily isolated sport, even those of us with writing compadres and wonderful writing groups find ourselves living in a solitary world during most of our writing process. And for the most part our exposure to folks like agents and editors is limited to the Internet.

But when we break out of that solitary life and do something adventuresome (see last week's blog about conferences if you've already forgotten ;)) we find out that they are real people!

Yes, agents and even editors (I know, these shocks just keep coming!) are real people with real lives beyond the publishing world.  And guess what--they aren't even consumed with trying to stop writers from getting published.

Believe it or not, agents and editors want writers to get published.  No writers = no agent/editor jobs. What they want (the good ones anyway- and I met some very good ones this past week-end *points again to last week's blog*) is to find publishable work.  Now to be fair, they can't go and critique every submission that comes their way--they'd never have time to make a living for one thing.  BUT when you go to a writer's conference, they are there IN PERSON to help writers!

You heard me, real agents and editors taking time out of their full lives to come help writers.  Now, hopefully they are helping themselves as well by finding some new writers to work with.  But they are also there working with writers, talking to writers, drinking with writers (ok, different story).

And we as writers get to see them.  In person.  As real people.

It's easy for us to forget that, and think of them as gatekeepers to our dreams.  But they are more and less than that.  They aren't all powerful, nor all knowing.  They are people.  With a job they love.  Who happen to be looking for folks like us.

Conferences- the good, the bad, and the ugly

Tomorrow I'll be flying off to Colorado for the Rocky Mountain Fiction Writers Conference. http://www.rmfw.org/conference/

But I've never been to this one. I'm excited, nervous, and even more excited ;).

Some of the conferences I've been to have been wonderful, some, not as much, but I still think of all of them as a positive thing and I think all writers should try to go to as many as feasible.

First off- you are surrounded by people who understand your strange addiction. Writers, agents, editors-- all understand the weirdness that goes on in most writer's psyches.  That energy can't be duplicated.  Even if the panels aren't what you hoped (sadly,not as uncommon as one would like) you still get a "contact high" from being surrounded by the writing world.

Second- chances are very good you'll learn something you didn't know.  Even the most advanced novelist can pick up something--IF they stay open to it.  I've seen the "too good for this crowd" attendees at almost every conference and I wonder--why are they even there?  You never know when a tidbit, hint, comment will strike you and you'll have a precious "aha!" moment. Go in with an open mind and reap the benefits ;).

Third- exposure to the movers and shakers.  Even the smaller conferences will have some published authors (some have VERY big names), editors, and agents. Being around these people, going to panels, pitches, and critiques is something you can't get anywhere except a conference.

Ok, so I've listed some very good reasons to go-but what about you all?  What conferences have you been to?  What are some of your experiences?  (Both good and bad).  If you have tips for anyone who has never been to one of these- what would you say?

Today I'd like to welcome back a returning guest blogger- Dawn Marie Hamilton.  She's got a new book out and wants to tell you about it and a bit about the faerie folk ;) (and, if you read all the way down--she might even give you a copy!) 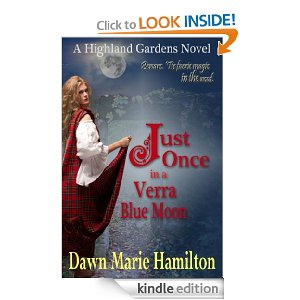 Just Once in a Verra Blue Moon, a Highland Gardens novel, Bk 2:

What happens when a twenty-first century business executive is expected to fulfill a prophecy given at the birth of a sixteenth-century seer? Of course, he must raise his sword in her defense.

Believing women only want him for his wealth, Finn MacIntyre doesn't trust any woman to love him. When, during Scottish Highland games, faerie magic sends him back in time to avenge the brutal abduction of his time-traveling cousin, he learns he's the subject of a fae prophecy.

Elspeth MacLachlan, the beloved clan seer, is betrothed to a man she dislikes and dreams of the man prophesized at her birth, only to find him in the most unexpected place—face down in the mud.

With the help of fae allies, they must overcome the treachery set to destroy them to claim a love that transcends time.


The Highland Gardens romance series is rife with faerie folk from the Tuatha Dé Danann. Why does a Scottish historical time travel series have characters originating from Irish tradition?

Historically there was much movement, to and from, of Gaelic peoples between Ireland and Scotland. With them traveled their beliefs and perhaps their faeries.

So who were the Tuatha? Legend defines them as a divine race descended from the mother goddess Dana (Danu) and besieged upon by mortals known as the Milesians. Casualties amongst the Tribe of Dana were great. The mortals struck a bargain with tribe leaders whereas they would live on the land above ground while those defeated lived below ground within the earth or retreated to Tir-nan-Óg—land o’ heart’s desire.

In Ireland the faeries became known as the sidhe and in Scotland the sìthichean.

According to Scottish Fairy Belief by Lizanne Henderson and Edward J. Cowan, “Stories of the Tribe of Danu circulated in Scotland from at least the sixteenth century and doubtlessly long before. Bishop Carswell identified the fairies as the Tuatha Dé Danann in the introduction to his Gaelic Prayer Book of 1567.”

In Just Once in a Verra Blue Moon, Caitrina, a banished halfling faerie princess needs a special lichen to heal the hero, Finn...

Caitrina risked all, allowing Douglas to see her use her power. She counted on the fact that he was in love with her, hoping his feelings for her were strong enough to keep him from spreading the tale. She’d deal with the consequences after she saved Finn.

She snipped a tiny piece of the lichen and in her heart heard the plant cry out in pain.

“I beseech the great Goddess Dana, mother of this earth, to lend your power to mine,” she implored. “Stimulate this lean soil and renew verdant growth. This I beg of thee as your conduit.”

Caitrina raised her arms and used the power flowing through her to take the hurt away and begin the regeneration.

Like a plant in a time-lapse film, the diminutive lichen grew fresh, healthy tissue replacing the small piece she’d removed. Within moments, the reindeer moss sang.

When Caitrina ventured a look at Douglas, he stood with his arms crossed over his chest, a wide smile on his very kissable lips. “What?” She shook her head unable to believe her vision.

“We make progress, I think.” He reached out his hand. “Come. It will be dark soon.”

“I’m sorry,” she said and vanished. 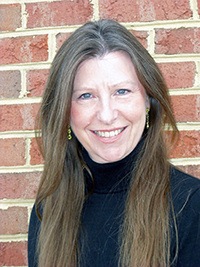 Dawn Marie Hamilton dares you to dream. She is a 2013 RWA® Golden Heart® Finalist who pens Scottish-inspired fantasy and paranormal romance. Some of her tales are rife with mischief-making faeries, brownies, and other fae creatures. More tormented souls—shape shifters, vampires, and maybe a zombie or two—stalk across the pages of other stories. She is a member of The Golden Network, Fantasy, Futuristic & Paranormal, Celtic Hearts, and From the Heart chapters of RWA. When not writing, she’s cooking, gardening, or paddling the local creeks with her husband.

Giveaway: Dawn Marie will gift a Kindle edition of Just Once in a Verra Blue Moon to a lucky commenter who answers the question: If you could use a bit of faerie magic to travel through time where would you go? Be sure to include your email addy. Feeling shy? Email Dawn Marie at Dawn at DawnMarieHamilton dot com. A name will be pulled out of the garden hat on Friday, September 13.

IWSG : Is this just a waste of time? 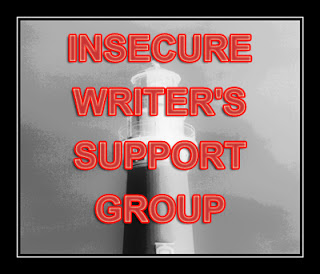 Ah, it’s that time of month again!  When writers of all stripes and backgrounds join forces to scream our fears into the night and hope to be shown that we’re wrong.

Today I’d like to share a fear that probably has lurked in 99% of writer’s hearts—that we’re just wasting our time.


This fear can strike at any time and at any writing level.  It doesn’t matter if you’re a brand new writer or been at this for years with 20 books under your belt.


The horrifying thought that this is all a waste of time can hit anyone.


It often hits me when I’m feeling depressed (go figure) and the whole world sucks. The suckage may not even be related to writing, but that Universal Suck Monster pulls it in anyway. I begin to question why I’m doing this.  Why I spend hours out of an already time crunched week to scribble down stories. Why I spend more hours editing and revising said same stories.


It also hits me when I find a favorite author who hasn’t had a book out in years.  I wonder what happened to them? They had a few books make it (against great odds) then….nothing.


I know what happened to some—their publishing house pulled the plug even against decent sales.  So was their work a waste of time?


Even though this nasty worry hits me way more often than it should- I think I’d have to answer NO—it’s not a waste of time (of in my dark moments, a different answer might fit ;)).  I can’t seriously imagine a life with no writing in it.  I just need to find a way to make the dark voices shut up.