Today I’d like to talk about writing tricks. We all have them, whether they be for getting the work to flow, or jump starting a character or goosing a sagging plot. And what works for one writer may work for others- so please play along!

I’d have to say my biggest “trick” is writing sprints, with NaNoWriMo being the biggest sprint of them all. Ok, in reality it’s a marathon, but it’s a series of sprints or it won’t work ;).

Sprints are my way of working past whatever part of my daily mundane life is interfering with my writing. You can do them alone, or with friends. I’ve seen pro writers shout out writing sprints on the hour or half hour on twitter. Folks join in, then report their count when the time is up. Sometimes the stuff produced is amazing- other times, not so much- but it’s SOMETHING- and it usually gets the juices flowing. Besides, everyone loves a little competition!

Another “trick” is jumping. Sometimes I’ll just have images for amazing scenes pop in my head- of course they are often nowhere near where I am in the story at hand. I usually follow through on writing them though- then during editing piece things together. It’s a great trick for when you feel like you’re stuck or the story is feeling blah. (And probably would give most plotters the hives, so if you’re one of them- don’t do it ;)).

Lastly, if I have a difficult character I try to take them out of the context of my story and find out what they like in our world. What music would they like? How would they dance? What foods? Since pretty much I write characters not of our world, seeing them in our settings (in my head) often helps me get a better grasp on my otherworldly folks (besides it’s fun ;).

What about you?  What are your tricks to keep the writing fresh and flowing?
Posted by Marie Andreas at 6:15 AM 11 comments:

The Big Five personality traits are five broad areas of personality that are used by psychologists when looking at....personality ;).   The Big Five factors are Openness, Conscientiousness, Extraversion, Agreeableness, and Neuroticism.

AKA- five really cool ways to look at the micro-characterization of your characters!

The idea behind personality theory is that certain traits indicate specific personality types, and for writers, if we understand what type of personality our characters have, our development of them will be much more rich and real.  Little subtle cues will add depth- your reader may not realize where it's coming from, but they will know it's there.


Understanding aspects of the human personality can really help us as writers build stronger and more complex characters (and yes, there are a lot of different personality theories out there ;))

There are tons of huge books and articles on personality theory and the Big Five, but unless you are really interested as a source of study outside of your writing, you can probably just find some easy short online tests.  I have no idea of the validity nor reliability of these tests-LOL.  The idea is just for you to get a feel for the scale of personality traits within the big five and see how they could be applied to your writing (who knows, maybe you'll find out something about yourself as well!

In MY Humble Opnion...

Today I'd like to look at another "micro-characterization" tool- Opinions

Everyone has opinions.  I do. You do. My cat DEFINATELY does.  Our characters do.  Readers do.  There are good ones and bad ones, silly ones and superstitious ones.  But we all have them.

People spend an unhealthy amount of time arguing about them. Which is sort of silly and a waste of time when you think of it- most folks rarely let go of their opinions. At least not through argument* (more on that later ;)).

Since we want to make our characters feel as real to our readers as possible, we need to give them opinions too.  Some, depending on the character, might be annoying or hopelessly misguided.

But a good writer can convey a huge amount of information about a character by using the power of opinion:

1) How does the character expresses their opinions to others? Does your character whisper them?  Keep them short?  Not say them at all and they are only seen through internal dialogue?  When they do speak of them, do they preface everything with, "In my opinion..."  --if so where is the emphasis?  Are they implying that their opinion is vital OR that they realize that all people have opinions and they are citing one, and not treating it as fact?

2) It can also subtly show an insecurity-

Have you ever been around a person who always states their opinion in a declarative manner?  "That is the worst restaurant ever, everyone thinks so." If the restaurant in question is still standing and open then most likely that declarative sentence is wrong.  The speaker, although sounding forceful and sure of themselves, is actually showing an insecurity.  Somewhere inside they don't believe in their own worth that their opinion has value- so if they love something, or hate it, they try to make their opinion sound like fact and will include phantom "others" as being in agreement with them. This would be a great trait to build into the right character, and they could be called out on it--or not.

3) Using facpinons (my own made up word for the above phenomenon) to degrade or weaken others- using them to keep a weaker personality under their thumb (not only a tool for the bad guys here- good guys and gals might do it too--without thinking of it).

4*) An excellent way to exhibit some of the changes your character makes throughout the story arc.  Most folks don't change opinions readily--even if you think you've won an argument with a friend or loved one, you might not have changed their core opinion about the situation.  They may have just gotten tired of fighting with you.  So, if opinions don't change easily--then if they do change that's a good way to show how your character's world view has changed.  Obviously, it wouldn't be the only thing to change, but it's a part that can be used overtly or subtly to help shape the character.

So, in my opinion, opinions are a handy tool oft times over looked by writers ;).  Have you seen other ways to use them?  Have you read anything that worked really well (or didn't?).

Thanks for coming by!

IWSG: Out of the Closet 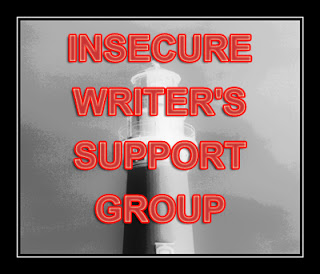 
Some background.  I always envisioned myself with an awesome, amazing agent who sells my books to equally awesome editors.  Then going into a nice bookstore and seeing the amazing cover and title that I love on the shelf (face out of course ;)).


Over the years, as my writing skills have increased my belief in that dream has decreased. The publishing world is changing MASSIVELY.  But to be honest I question whether it was ever really a favorable situation for the author.  Except for the 1% group, those best seller, million dollar contract folks, most writers are treated not so great in the publishing cycle.


Small advances for their work, covers they hate and have no say in, horrifically binding contracts, limitation on the number of books per year, unreasonable changes to a story to suit a whim.  Basically, very little control or respect.  Now, before those of you lucky enough to have awesome editors/publishers start yelling- YES there are exceptions. ;) But they are becoming fewer as the industry itself changes.

Every time I’d hear or read about another series of editors-behaving-badly (or agents) I was making another “tic” in the “hmmmm…maybe self-publishing might be a better idea” side.

But I still had fear.  That’s a lot of work to do it right, and I plan on doing it right.  There’s also a fair amount of money involved in doing it right-and I don’t have a lot of that sadly.  However, when I really looked at why Indie Publishing was only a “maybe someday” option I came up with two main reasons: Vanity and Validation.

I wanted to be able to say I had that awesome agent who sold my books to an awesome editor.  I wanted that validation to others that I was a WRITER, letters big and bold like on Richard Castle’s bulletproof vest in Castle.

But ya know what?  I AM a writer. I know I am, and in keeping with the validation theme enough professionals in the biz have told me so ;). The best person to provide validation to me is me.  If I’m pinning that hope on others I’ve given away some of my power.  So after really looking at things, and deciding my reasons for not doing it were kinda silly (the money and time aren’t- but they are workable) I decided to jump in.

My first publication date will be March 1, 2015 with the first book in the Glass Gargoyle series.  Books two and three will follow at 2 months and 4 months respectively after that.  In the year leading up I will be writing, improving my craft (always ALWAYS improving my craft ), saving money, developing a business plan, hiring pros to help out where my skills lack, and reading everything I can about self-publishing.

Making this choice felt so right the moment I did it.  This doesn’t mean that I’m turning my back on traditional publishing forever- but right now, for the next few years, I’m going Indie. As long as my business-self and my writer-self stay friends (and one doesn’t have to fire the other ;)) this should work!  At the very least it will be a seriously grand adventure.